If you view the mass media through a skeptical lens, you can’t help but notice how parts of the official narrative are at odds with observable reality. The “whole black lives matter” nonsense is a good example. It is a handful of paid trouble makers, but the media carries on like it is a great wave sweeping society. Even race obsessed blacks know that the biggest threat to black lives in America is black lives. 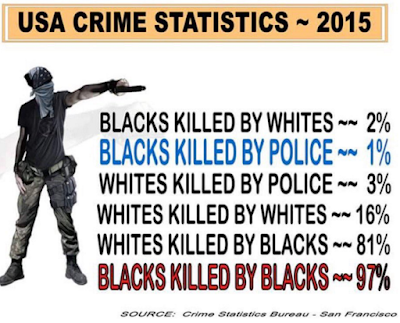 The thing is, the flow of made up nonsense is so steady and universal, it is easy to stop noticing it. Everything is warped to fit the narrative in a million little ways that is hard to notice after a while. Take a look at this “news” story in the sports pages.

A Florida State official said in a deposition that 20 rape claims had been made against Seminole football players in the last nine years, according to the Associated Press.

Melissa Ashton, the director of FSU’s victim advocate program, made the statement last summer during a deposition in the ongoing civil lawsuit filed by former student Erica Kinsman against the university. Kinsman said the university failed to respond to her allegations that former quarterback Jameis Winston raped her.

The deposition was released as part of an open records request by the Associated Press.

Ashton also asserted that she thought football players received special treatment at the school and that most of the alleged victims declined to press charges for fear of retaliation.

A Florida State spokesperson told the Associated Press that the school could not confirm the number of allegations because communications with victims in confidential through the victim advocate program.

The first red flag is the weird data set of nine years. That tells me they are trying to have fun with numbers to get a scary statistic. Even so, let’s use the nine year figure. How many players would have gone through the program in nine years? Roughly 300 is the number. A college program carries 100 players and adds/subtracts 25 per year. Using a full roster in year one. they added 200 new players over the subsequent eight years.

Let’s assume for a second that these rape claims are actually rapes and not the more common “next morning regrets”, that’s 20 rapes in a pool of 300 men. Let’s assume the worst case and none of the “rapes” were committed by the same men. That’s a 6.6% rapist population. Even the most outlandish estimates from the rape industry claim 4.5% of males are rapists.

So, the reporting of the “rape epidemic” seems plausible, until you think about how a man gets a scholarship to play football at an American college. For their demographic, these males have higher grades and test scores than their coevals. They overwhelmingly come from two-parent families compared to their cohort. They have participated in extracurricular activities for most of their primary school years.

More important, they are subjected to extensive background checks that go back to elementary school. These kids have been recruited since they hit puberty. Teachers, coaches and counselors have been hovering around them 24/7 as soon as they showed promise as an athlete. In college, they have full time minders to watch over them.

The point being is that the likelihood that football players will have a 50% higher rape rate is at odds with everything else we know. Scholarship athletes have higher graduation rates than the general student population and lower overall crime rates than their demographic cohorts (age, sex, race). In other words, the rape industry is suggesting that the “rape culture” as it pertains to athletics is this wild outlier, completely out of sync with all of the other statistics.

Of course, that’s not the case. One of those rape claims is against Jameis Winston. The police, Feds and school have investigated this, depriving him of many normal protections in an effort to corroborate the accuser’s charges. The facts suggest the accuser got drunk, went home with the player, woke up and figured out she may have won a golden ticket. How many of the other charges are similarly bogus is unknown, but some surely are.

That’s the easy stuff to spot for a crime thinker like the people reading this blog. Shame on you! The hard part is picking out the more subtle agit-prop baked into mass media reports. The line, “most of the alleged victims declined to press charges for fear of retaliation” is the sort of thing we always see in these stories, but never see much in the way of supporting evidence.

What we’re supposed to believe is the college campus is a testosterone fueled penis culture where women are treated like the TV show Mad Men imagined women were treated in the olden thymes. Here we have legions of examples where males are driven off campus for wearing a sombrero on Cinco de Mayo, but they have a free hand to wear the coeds as hats.

At Yale, a women falsely accused a male student of rape. Her charges were dismissed as entirely without merit. She was permitted to harass the male student and have her friends harass the guy. The campus even helped her do it. Yet, we’re supposed to think that women who were actually raped really fear retaliation? The only way to believe that is to believe the same admins celebrating “mattress girl” are then shaming real rape victims.

Mass media is Imagination Land for the ruling elite. Granted, much of it is deliberate. The people running the BBC want to use their power to shape behavior, promote their friends and skim money from the people through taxes. The same rackets exist everywhere in the West. That said, a lot of it is just a general insanity that has infected these people, like a rage virus. For them, reality has become the enemy at the gates.