Back in the 70’s, the argument for supporting Nixon was that he could win. He was a schemer and he was on the Left economically. Unlike the doves on the Left, he was a hard headed realist when it came to foreign policy, particularly with the Soviets. In the 40’s and 50’s, Nixon was a staunch red hunter so no one could question his commitment to fighting the commies. Goldwater getting crushed in ’64 made winning in 1968 the number one priority.

Amazingly, the same arguments were used to defend Ford against the Reagan challenge in 1976. Mild, stable Jerry Ford was what the country needed, not the rash Goldwater conservative. Much like we have seen recently, the party elders stepped in to put their guy on the ticket instead of Reagan. Ford lost to Carter and the nation dipped further into the dark funk known as the 70’s.

The point of this miserable walk down memory lane is that the old line about electability is not new. The party brass protecting their guys from the wrath of the voters is also nothing new. This has been a dilemma facing sensible voters since the Great Depression. The guys they want to support are thwarted by the party and they are left with two options that they don’t like. The argument is you have to support the least odious choice. Sounds familiar right now, I’m sure.

The old Buckley line was that you should vote for the most rightward leaning candidate that can win in the primary and then vote for the most rightward leaning candidate in the general. That sounds good and you hear a lot of sensible people saying it in this election cycle. “Candidate X may be an open borders fanatic but they are better than the Liberal Democrat! If you are holding out for the perfectly pure candidate, the bad guys will win!” I’ve had this said to me a few times of late when I point out that most of the Republican offerings are just slightly less liberal than their opponent.

The Democrats march further into lunacy while the Republicans trudge along behind them, like the retarded little brother tagging along behind his older brother. Ted Cruz, for example, is now considered a way out on the fringe conservative. Liberal tourettes includes the uncontrolled shouting of “Ted Cruz” along with “Koch Brothers” and “Tea Party.” Yet, in the 1980’s, Ted Cruz would have been a moderate Democrat. That’s how far things have gone in three decades.

If you look at Federal spending in 1968 (circling back to Nixon), adjust for inflation and population to arrive at a spending per capita number in today’s dollars, the leviathan was between a quarter and a third the size it is today. 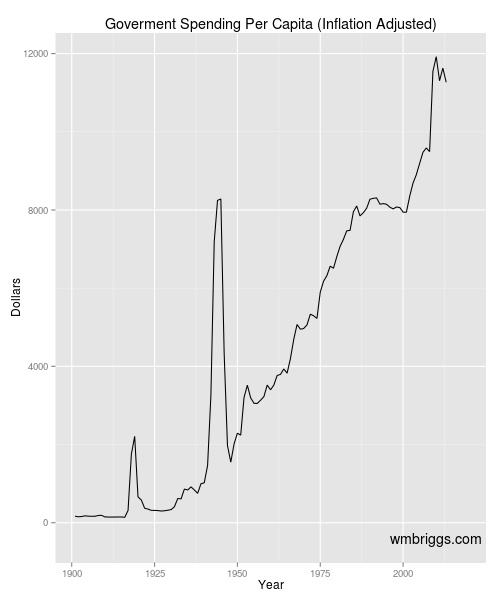 In the Nixon era, the EPA was created along with OSHA. Outside of the IRS, no federal department has done more damage to the freedom of Americans than the EPA. OSHA is a close second. Of course, the money printing robbed millions of their savings. Watergate looks mild by comparison, but it was the cherry on top of the compromise sundae foisted on us.

The point of all this is that the preferred strategy of the Republican Party and Conservative Inc. has resulted in a steady destruction of self government in favor a corporatist, custodial state. The success of these guys tonight promises to keep that line on the graph heading north until it runs off the page. Our elections have become a perverse game where heads you lose-tails they win.

As I write this the chattering loons on MSNBC are fighting over who gets to hang themselves from the light boom. I’m not going to lie and say I’m not enjoying the site of the heavily sedated lesbian trying to keep it together. Still, I’m not inclined to think this election will make any difference. The long slow walk to the cliff will go on unabated. I will probably live long enough to see Republicans glowingly quoting Obama as a model for their brand of sensible conservatism.